In the history of playing music, no one has written better popular recorded songs than Sir Paul McCartney.  In 500 years people will be talking about the historical nature of Paul McCartney and his band playing the White House.

I met Jonathan “Jon” Pareles of the Julliard School graduate and the New York Times music critic. Jon said, “I know what Zappa said – writing about music is like dancing about architecture,” and in my days at the Times, you might not liked when I’d shut my door and get some [rehearsing in]. I wasn’t Wynton Marsalis. But in regard to what you say about [REDACTED], their music is subjective. I understand how bitter you are with my scathing criticism of [REDACTED]’s ability in music and presence on stage as a group. That is why there are so many songs – there are many tastes, and you disagree with me a full 180 degrees. Thank you for your interest.

Small section of Parales on Obamas hosting Macca: IN PART COURTESY OF THE NEW YORK TIMES®. Unlike many of the Times’ writers, I don’t plagiarize.

Jerry Seinfeld tried music criticism in his monologue, analyzing Mr. McCartney’s lyrics and asking just what he meant when he sang, “She was just 17/You know what I mean.”

Ms. Harris sang an aching, acoustic-guitar version of “For No One,” a song she recorded for her major-label debut album in 1975. “It’s so incredibly sad,” she said before the concert. Mr. McCartney, she added, “writes lyrics that can stand on their own, but they certainly soar when paired with the melody.”

In that light, as a lawyer at the time who thought and still think my musical analysis of [REDACTED] is right, and Mr. Pareles’ opinion came from a simply having  a bad ear. I was ready to engage him in a polite colloquy in regard to the music itself, getting as audiological or musically theoretical as he wanted so he could explain himself. After all, I’d written a simple 500 word piece on how Jon’s option had gone beyond bad opinion to sheets vitriolic bitterness. “Ok, Jon, let’s make this deal – I’ll not seek to have this published anywhere else, and I also agree not to include that the only reason the Times would not print it was that when it came to popular music if you didn’t get past Jon you didn’t get in. “I owe ya one,” said Jon. Ok, Jon, 20 years down the road, I’d like to use two paragraphs from your eloquently written account of Paul McCartney at the White House.

The [artists] Jon was so gleeful about criticizing: I redacted that because Jon, dude, great article about the dynamics POLITICALLY of Macca at 1600, but as far as that band??? Who is fired and who is is in demand?  Anyway:

WASHINGTON — A Beatle met the president when Sir Paul McCartneyperformed at the East Room of the White House on Wednesday night.

Accepting the Library of Congress Gershwin Prize for Popular Song, Mr. McCartney used the occasion to applaud President Obama. “Getting this prize would be good enough,” Mr. McCartney said. “But getting it from this president …” He smiled.

He added that despite “difficult times” for the president, “you have billions of us who are rooting for you.” Then, with the first lady in the front row, Mr. McCartney sang “a song I have been itching to do at the White House,” he said. It was “Michelle.”

A few minutes after the concert, Mr. McCartney returned to the microphone, thanking the Library of Congress and adding, “After the last eight years, it’s great to have a president who knows what a library is.”

It was not a lighthearted party. Mr. McCartney sang reflective songs like “Eleanor Rigby” and “Let It Be.” The president praised Mr. McCartney but also brought up the catastrophic Gulf Coast oil spill. Mr. Obama spoke about “part of the country this is so rich in musical heritage” and said he was committed to “see to it that their lives and their communities are made whole again.”

Mr. McCartney heard praise for his songs — and some performances — from President Obama and from multiple generations of pop, jazz, country and classical musicians. He opened the concert playing the same violin-shaped bass he used with the Beatles in 1964 on “The Ed Sullivan Show.”

Stevie Wonder, who won the Gershwin Award last year, steamed through “We Can Work It Out” — insistently repeating the title before a crowd of politicians — and he later joined Mr. McCartney for an earnest duet on “Ebony and Ivory.”

In a news conference at the Library of Congress on Monday, Mr. McCartney had called the process of songwriting a mystery. “You start with a black hole and if you’re lucky, a couple hours later there’ll be a song waiting there. That mystery, that magic is still the same for me.” 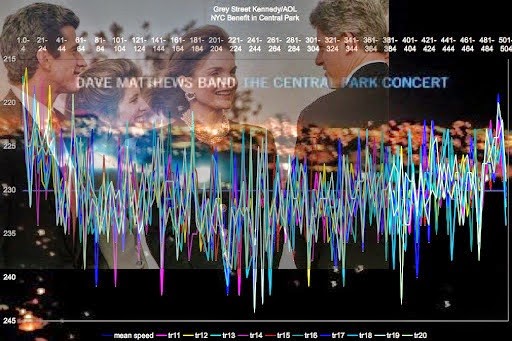 Everybody Needs Soembody To Love – “ain’t no sunshine”